Sandro Baldi started off his career in 2004 as research fellow for Surrey University in UK in charge of experimental studies in the field of fluid dynamics. He then joined EDF Group in 2006 as Nuclear Safety Engineer in EDF Energy in UK working on the Generic Design Assessment (GDA) for the UK EPR design. Within the same project he soon moved to positions related to project management helping setting up the quality arrangements and project controls for GDA. From 2008, after the acquisition of British Energy by EDF, he joined Nuclear New Build (NNB), EDF Energy division in charge of delivering Hinkley Point C and Sizewell C projects. As part of NNB he covered a number of positions before moving to EDF France as Head of Schedule Management function and deputy Head of Project Controls for Hinkley Point C where he lead the first establishment of a fully integrated project baseline. From May 2016 he has been appointed as Head of Products and Strategy within the New Build division of EDF Group, where he was also in charge of the SMR international strategy and partnership and of the overall EDF Group coordination for the UK HPR1000 GDA and the Bradwell B project led by a CGN-EDF JV in UK. Sandro was appointed as NUWARDTM Commercial Director in 2021.

Sandro graduated in Nuclear Engineering  from the Politecnico di Torino (Italy) and holds a PhD degree in Mechanical Engineering awarded by the University of London. 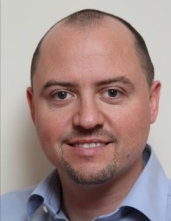